A fun day in Albox with the Almanzora Group of Friends

On Sunday 22nd October around 30 of us took to the streets of Albox in search of answers to clues provided by the Almanzora Group of Friends. 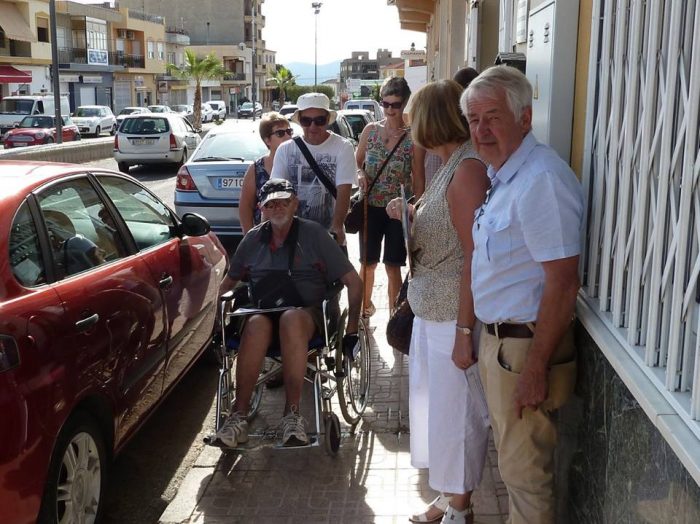 The locals must have been puzzled by folk walking about (or being pushed – more later) holding paper and pencil and gazing around.

We set off at 12:00 from the Library and Information Centre in Avenida Lepanto, and the last of us arrived back about 2:30, having stopped off for refreshments along the way.

We saw areas of Albox we had never seen before – never even knew existed – and met lots of bemused residents. It was great fun.

Pete Biggs, never defeated, was determined to join in and his wheelchair was pushed occasionally by his wife, Jos, but mostly by their very good neighbour Andy Pearce with help from his wife, Barbara. Pete even walked part of the way. So this quiz walk was suitable for everyone.

When we congregated at Chapman’s after the walk was over the correct answer sheets were put into a draw and the first prize went to Jos Biggs, who immediately handed it over to her ‘helpers’. Very well deserved.

Look out for the next one. You don’t want to miss it.

You can see more photos of the day HERE. 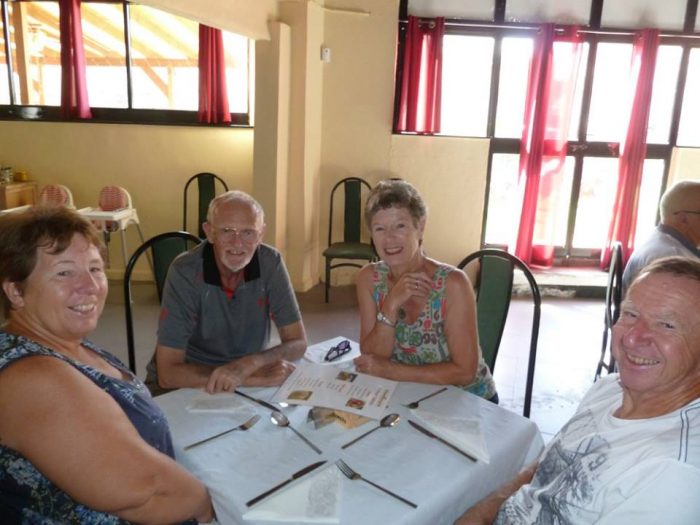 Thanks from the Caritas team of the parish of Santa Maria, Albox